H&M faces another scandal in Ethiopia

The Swedish clothing giant, H&M, has faced another scandal, this time in Ethiopia.

The manufacturing giant has reportedly found to have been paying Ethiopian employees meager salaries that led to its financier Nordea Bank AB to hold its funds and put the clothes under the so-called “freezer box,” according to an investigative report by the Swedish public television, SVT. 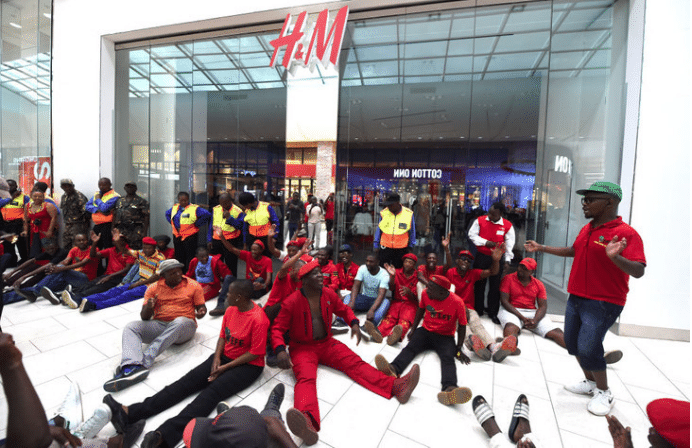 “It’s unimaginable that these people get so little paid. I’ve been to Ethiopia myself and I’m hard to imagine that these people can live on their pay. And that’s the whole sector and in many other markets too,” says Sasja Beslik, Sustainability Manager, SVT News.

Sasja Beslik believes that wages of just under two krona (under 0.24 ¢) per hour at the in H&M’s supplier factory in Hawassa – do not live up to the “living wage” requirement anywhere in the world, according to the report.

“Generally, the people in this sector are terribly poorly paid. I usually describe the industry as a “sustainability bomb” – there are huge challenges regarding both the environment, water use and wages and conditions in the factories,” says Sasja Beslik.

H&M had built two factories in Ethiopia, in Hawassa and Mekelle. The report by the Swedish television say the employees at the Hawassa factory are paid 36.6 USD per month. The factories hire about 4000 employees. Swedfund that granted 15.2 million dollar loans to a Bangladeshi company – DBL – which is building a new textile factory.

After SVT’s exposé of extremely low wages at one of H&M’s supplier factories in Hawassa, Ethiopia, Nordea has paused all possible new investments in H&M, the report said.

The manufacturing giant came under attack last month for featuring a black child dressed in a sweatshirt emblazoned with the words “coolest monkey in the jungle” on the front. It drew condemnation and boycott by Hollywood stars, including pop icon of Ethiopian descent, Abel Tesfaye, The Weekend.