Victims killed on Sunday by TPLF/Agazi forces were trying to stop a truck carrying contraband goods.

Jemal Amede, administrator for East Hararghe Zone told BBC Amharic that local police and some of the youth at the IDP had stopped a truck heading to the Somali region. He said Agazi soldiers came out of nowhere and opened fire. The truck had originated from the Capital Addis Ababa. 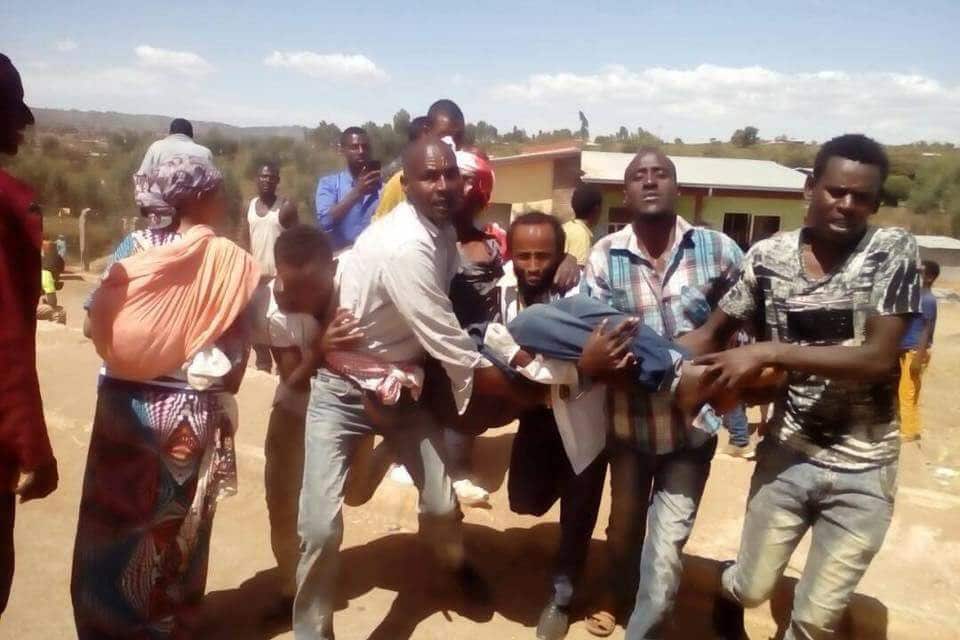 Ahmedin Temam, who is sheltered at the camp says the truck was stopped by the police and the community at the camp for carrying contraband goods. The people in the truck phoned the Agazi soldiers who opened fire at the local police and IDPs on arrival.

The TPLF/Agazi soldiers have now took control of the IDP camp in Hamaressa town, Eastern Ethiopia, according to the report.

The BBC report put the number of dead at six, including a local police officer.

Critics have been blaming contraband trading by TPLF operatives and Agazi soldiers for the recent crises in Eastern Ethiopia.