A faction of the Tigray People’s Liberation Front (TPLF), a regime ruling Ethiopia with an iron fist, has decided to depose Chief of Staff Samora Yunis, according to ESAT sources. 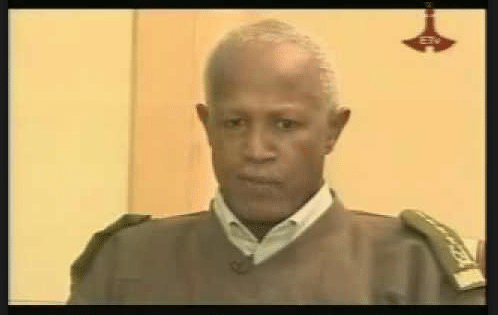 The faction led by Sebehat Nega that came out triumphant after a marathon of meetings and infighting within the TPLF has reportedly wanted Samora out and be replaced by one of the four-star generals recently promoted by the regime.

Sixty-one officers were promoted to the various ranks of general last week in an unprecedented move within the army. The rank and file is also expected to get promotions soon. Critics call it an attempt to quell the growing resentment within the army in which all major positions were controlled by Tigrayans holding over 90% of the top brass.

There has been growing tensions within the higher echelons of the army following recent divisions and power struggle within the TPLF, with officers showing allegiance to either factions.

Sebehat Nega, the founding member of the TPLF, has reportedly gained the upper hand and has been instrumental in removing Azeb Mesfin, the widow of former Prime Minister Meles Zenawi, from the Front and her position as the CEO of EFFORT, a party conglomerate that controls all aspects of business in the country. Abay Woldu, presumed to be the leader in the opposing faction has lost to Nega and has been removed from his position as Chairman of the TPLF and administrator of the Tigray region.

Nega and co have now moved to reshuffle the army in favor of their people. Younis and few other generals are expected to retire. The commander of the Ethiopian Air Force, Adem Ahmed (an Amhara) is expected to be replaced by Molla Hailemariam (Tigray).