Gebeyehu Fantahun, a political prisoner serving a four year term under trumped up terrorism charges, had died on Sunday.

Fantahun was held in a dark cell and had repeatedly been tortured at the Central Investigation Bureau in the capital Addis Ababa, according to friends and family. 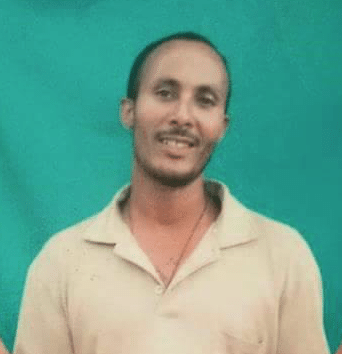 Security forces arrested Gebeyehu Fantahun in the city of Bahir Dar and took him to the investigation bureau in the capital where political prisoners undergo torture. At one point he was thrown down a flight of stairs and had suffered serious wounds to the head, according to his  friend who has been released recently. Fantahu has not been given the medical care that he needed, according to his friend.

He was taken to the Police Hospital in the capital on Sunday, where he was pronounced dead.

Fantahun is survived by his wife and a child, who were expecting his release soon as some of his colleagues were freed following intense pressure from the public for the release of political prisoners.