Residents of towns in Northern Ethiopia and towns in the southwest of the country have continued their strikes and protests despite a martial law imposed last week that prohibits public demonstrations and expression of dissent in any form.

Strikes and protests have continued for a week in Wolkite town, 93 miles southwest of the capital Addis Ababa, as most businesses and transportations remain shutdown. Lead organizers of the strikes were targeted by the regime security, according to a source who spoke to ESAT from the town. The source said two organizers of the strikes and unknown number of people were detained by TPLF security. 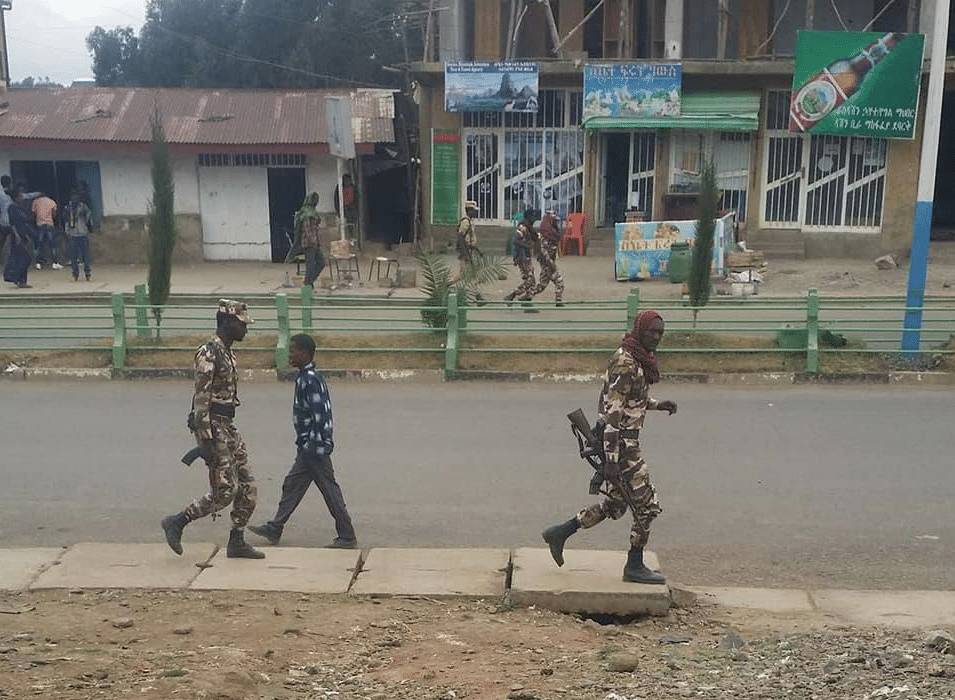 Last week, two people were killed as a new wave of anti-regime protest began in the town where residents spoke against what they called deliberate economic and political marginalization by the regime.

It was not clear who perpetrated the killings in a town that has seen strong demonstrations denouncing the TPLF and calling for the regime to step down.

Protests and strikes have also continued in the nearby districts and towns of Aza, Endeber and Agena with schools, businesses and administrative offices remained closed for a week.

In Northern Ethiopia, strikes have continued in Gondar, where businesses and transportations have remained closed for the second day of a three day strike. Residents of the town have also continued to gather to give a hero’s welcome to Colonel Demeke Zewdu, who was released yesterday. The Colonel is leading figure in the struggle by the Amharas against what they said was economic marginalization and eviction from their ancestral land by the regime.

The strikes have also been held in Bahir Dar, Debre Tabor, Gayint, Amba Giorgis, Debark and other towns.