A three day “stay-at-home” strike that began yesterday in the vast Oromo region of the country turned into street protests in some towns and districts in the outskirts of the capital.

In Jimma, protesters set two buses on fire. Selam Bus has been targeted by protesters in the past for it is owned by the TPLF. 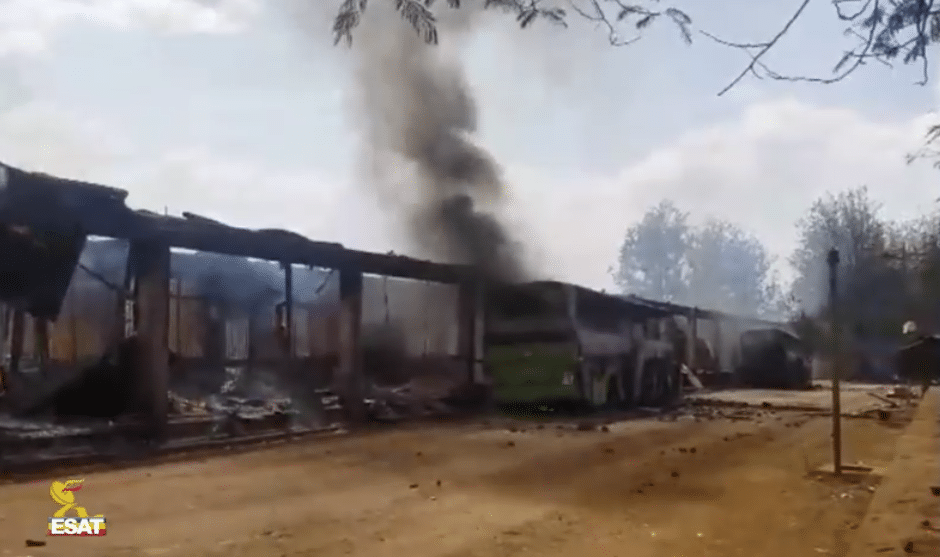 An unprecedented number of people turned out in Bishoftu a.k.a. Debrezeit just outside the capital Addis Ababa. They called for the release of all political prisoners and change of regime.

Protests also hit inside the capital with residents taking to the streets in Lege Tafo, Furi, Kara Kore, Burayu, Asko, Sebeta subdivisions to name a few.

Elsewhere, people took to the streets in Asebot, Chiro, Gudar and Ambo.

Today’s protests were underway despite call for calm by the Head of the office for the Oromo People’s Democratic Organizations, Abiy Ahmed and despite news of the release of leading Oromo opposition figures.