Prison authorities have demanded that Eskinder Nega and Andualem Arage, two prominent prisoners among the hundreds who were “pardoned’ yesterday by the regime, to sign a document saying they were jailed because they were members of Patriotic Ginbot 7, an opposition group based abroad. Sources say the prisoners of conscience have refused to do so.

Eskinder Nega, an award winning journalist and Andualem Arage, a leading member of the now defunct opposition party, Andenet have been jailed for over six years accused of being members of the group outlawed by the dictatorship and of “terrorism”. 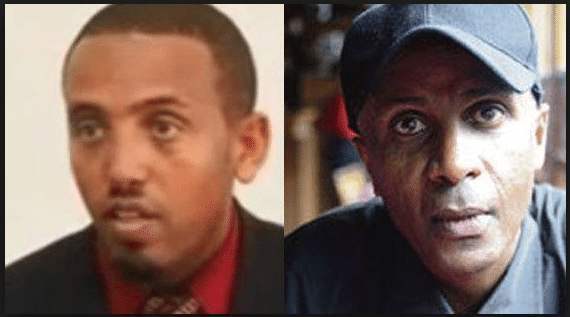 The duo were among the over 700 other prisoners of conscience who were “pardoned” yesterday and were expected to walk free.

The prosecutor general of the regime announced yesterday that 746 political prisoners have been “pardoned” and would be released upon completion of a propaganda “training” and after the President signs off on their “poardon.”

Prison authorities on Thursday brought documents to Eskinder Nega and Andualem Arage which demand the two sign off saying they were members of PG7.

Authorities presented a similar request several times in the course of the detention of the duo but they have refused to sign saying they were not members of PG7 and that they were innocent of the terrorism charges brought by the regime.

Families, friends and Ethiopians were waiting for the two and the hundreds of political prisoners to walk free. But Thursday’s development have casted a shadow over the duo’s freedom.