Ethiopia: Prisoners from Amhara region used as laborers in salt fields in Afar

Local and foreign businesses engaged in salt production in the Afar region of Ethiopia are using prisoners from Amhara region as laborers in dirt cheap payments. 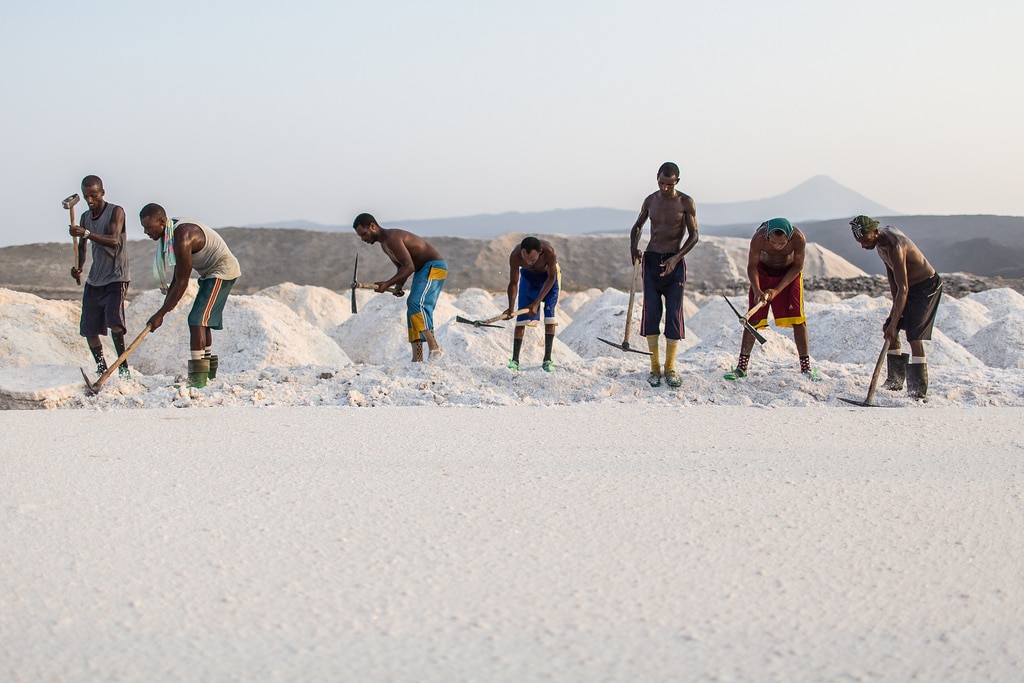 According ESAT sourcers, it was not clear if the company, Yara International was aware that the laborers provided to it were prisoners. The source also said the prisoners, who work under the watchful eyes of security personnel, might have not received the meager payments payments regularly.

The prisoners are said to come from North Wollo Zone and it was not clear if the regional administration had a hand in sending them to Afar, a region known for its unforgiving hot temperatures.

Ninety percent of businessmen in the salt and brine salt business in Afar hail from Tigray, according to Afari Rights Watchdogs, while those local businessmen from Afar were made to dissipate.

Yara International began its operation in November 2017 in Afar and is building a plant for processing potash and brine salt.

Yara came under fire in 2009 when it awarded 250,000 dollars to the late dictator and Prime Minister meles Zenawi.