Leaders of the opposition Oromo Federalist Congress (OFC) who were recently freed from prison have been detained briefly today and banned from entering Nekemte, a city in Western Ethiopia, to meet their supporters.

Dr. Merera Gudina and Mr. Bekele Gerba were on a tour in the Oromo region to meet and thank their supporters. After meeting their supporters in several small towns on the way to Nekemte, they were stopped by regime security in a town called Gute, and detained for seven hours, according to a report by the Addis Standard portal. 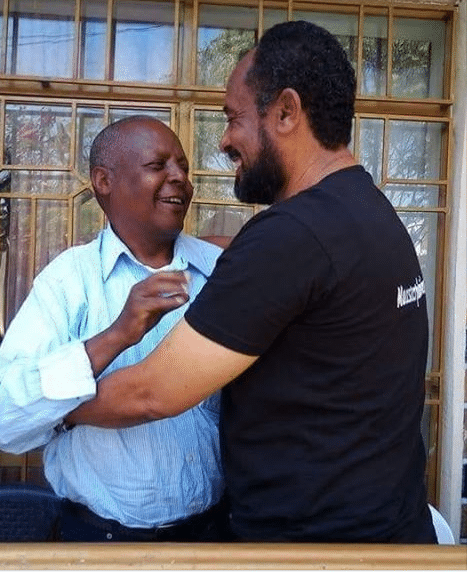 Thousands of people were waiting in Nekemte for the arrival of the duo and other leaders of the OFC when they were detained in Gute. After they were detained for seven hours, the politicians were told that there were orders from the Command Post, the body that oversees the recently declared martial law, that they were not allowed to enter Nekemte, according to the report.

Having heard news that their political leaders were detained in the nearby town of Gute, some residents marched towards Nekemte but met security forces who used tear gas to disperse them, the AS report said. No casualties were reported.

The report quoted Addisu Bulbula, Secretary of the OFC Youth League, as saying that the politicians have began the journey back to Addis Ababa to “avoid confrontation between federal security & our supporters.”

Gerba was on his way to his hometown, Nekemte, to meet his supporters as well as supporters of his party while his colleagues had already toured their hometowns after their release few weeks ago.

Meanwhile, clashes have been reported in Bahir Dar, a city in the north of the country, after soccer fans chanted anti-TPLF slogans in and outside the city stadium. No casualties were reported but stone throwing fans have reportedly clashed with security forces after they had left the stadium. Soccer fans of Bahir Dar City FC and Dessie City FC have ignored their soccer rivalry for today and were singing and chanting in unison denouncing the TPLF regime. The two cities have seen brutal killings by TPLF security in the last years of protests in the country.

A ban on political gatherings, among other restrictions, was declared last week in a state of emergency that was the second to be issued after the country plunged into a crisis in late 2015 when people in the Oromo region held protest demonstrations demanding political and economic rights. Protests have later expanded to the Amhara region. The martial law was quickly lambasted by the U.S., EU and several other countries, some of whom were close allies of the regime.

Close to 2000 people are estimated to be killed by TPLF security forces since the unrest began two years ago. Tens of thousands of people were detained, some tortured, in prisons across the country and in undisclosed locations. The regime has recently released some of the political prisoners in response to mounting public pressure and criticism from the international community.