The Foreign Ministry of Ethiopia has reportedly summoned the United States Ambassador to that country following recent statements by the Embassy in Addis Ababa that “strongly disagrees” with the reimposition of a martial law in the East African country.

Ambassador Michael Raynor reportedly got an earful from Ethiopian diplomatic officials on Monday at the headquarters of the Ministry of Foreign Affairs. 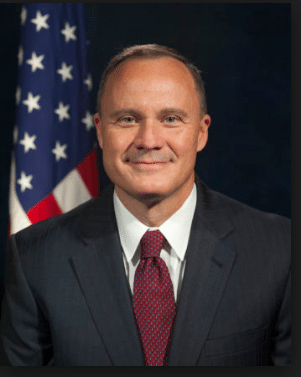 The United States Embassy in Addis Ababa said in a statement last week that it “strongly disagree” with the declaration of the state of emergency imposed last Friday and “strongly urge” the regime to rethink its approach to solving the political crisis in the country.

According to a report by The Reporter, published weekly in Addis Ababa, officials at the Foreign Ministry told the Ambassador that the statement by the Embassy was not “useful and supportive” of the situation and that the two sides could have “exchanged ideas” and “discussed issues” instead of the Embassy making unilateral statements.

According to the report, the Foreign Ministry officials told Ambassador Raynor that the statement by the Embassy did not benefit the relationships between the two countries.

“We strongly disagree with the Ethiopian government’s decision to impose a state of emergency that includes restrictions on fundamental rights such as assembly and expression,” the Embassy said in a statement on Saturday.

“We strongly urge the government to rethink this approach and identify other means to protect lives and property while preserving, and indeed expanding, the space for meaningful dialogue and political participation that can pave the way to a lasting democracy,” the statement further said.

The Ambassador has reportedly told the Ministry officials that the statement by his Embassy was not intended to harm relations between the two countries and that he would be willing to have discussions between the two sides on issues of concern. Raynor said he was open to exchanging ideas with the Ministry officials in the future, according to the report.

The Ambassador was praised by Ethiopian activists and socials media circles for coming up with the strongest statement the U.S. ever had regarding human rights violations and repression by the regime in Ethiopia, considered the darling of the West. Media controlled and supported by the regime have however cried foul on the Embassy’s statement.

The Minister of Foreign Affairs, Workneh Gebeyehu meanwhile told a gathering of diplomats in Addis Ababa that they “should not worry about the political situation in the country,” according to The Reporter. Other sources however said that journalists at the meeting were told to leave when the Minister had finished his opening remarks and the diplomats were about to ask questions.

A strategic ally in the Horn of Africa, the Ethiopian regime relies on U.S. financial aid to balance its budget and food assistance to feed the drought stricken and the poor in urban areas.