Ethiopia’s Council of Ministers declared a state of emergency effective today February 16, 2018. The report by media controlled by the regime did not say how long the decree would be staying in effect.

The report by the national broadcaster says the council of ministers held an extraordinary meeting today to deliberate on the draft decree and passed the state of emergency in a bid to “safeguard the constitution and the constitutional government.” 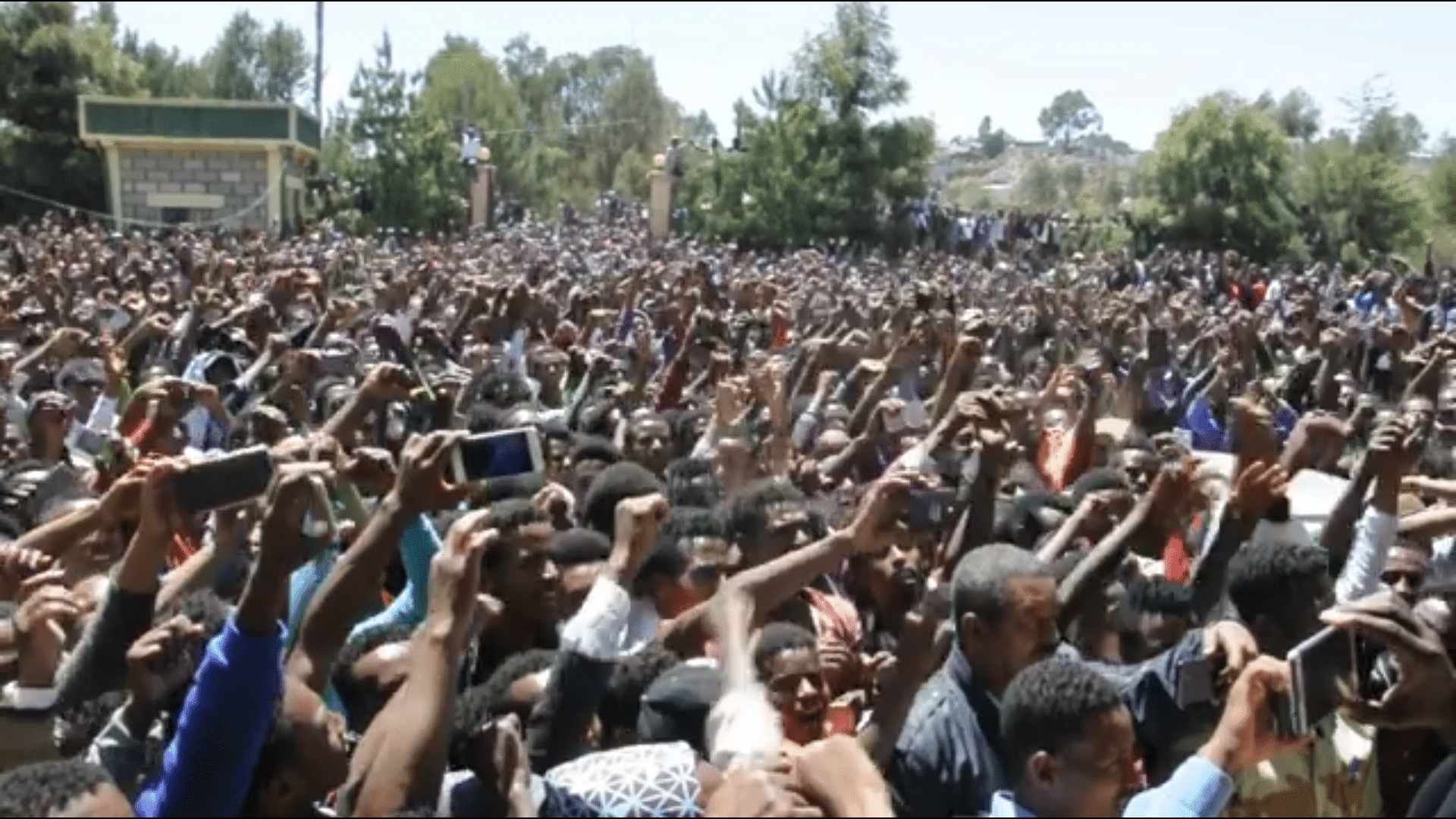 The declaration of the state of emergency came a day after the Prime Minister, Hailemariam Desalegn, said he had submitted his resignation and would just be staying in office until the country’s parliament elects his replacement. His move was quickly brushed aside by opposition groups at home and in the Diaspora that said Desalegn had no real political power and exercises no real authority in a coalition government that was controlled by a handful of people from the Tigray People’s Liberation Front (TPLF).

A state of emergency was in effect for ten months in 2017 following a two year protest in the Oromo and Amhara regions of the country that called for the removal of the regime and greater economic and political freedoms in a country where a Tigrayan oligarchy has been in power for 27 years. The Oromos and Amharas, together with the rest of the country were protesting an economic and political system that favors only one ethnic group. Tens of thousands of people were arrested in the state of emergency last year, some of these political prisoners were released in the last three weeks.

For the last three years, Ethiopia has been hit by protests calling for the regime to step down. About two thousand people were killed as TPLF Agazi forces shot live bullets to disperse demonstrators. Tens of thousands were also arrested and detained. As pressure mounts in a new wave of protests in recent weeks, the regime has released hundreds of prisoners including leading members of the opposition, journalists and activists.

Rights watchdogs and political analysts fear the decree would give unlimited power to the military and arrest and extrajudicial killings could go unchecked.
EW