The three day strike called in the Amhara region went as planned with businesses and transportations shutdown on Wednesday, the third day of the strike called as a show of persistent rejection of the TPLF rule and the recently declared state of emergency. The strike was more prevalent in the city of Gondar while most parts of Bahir Dar have seen shops closed and services interrupted.

Residents who own shops and transportation vehicles have continued the strikes despite threats by authorities of the consequences of severe financial penalties. 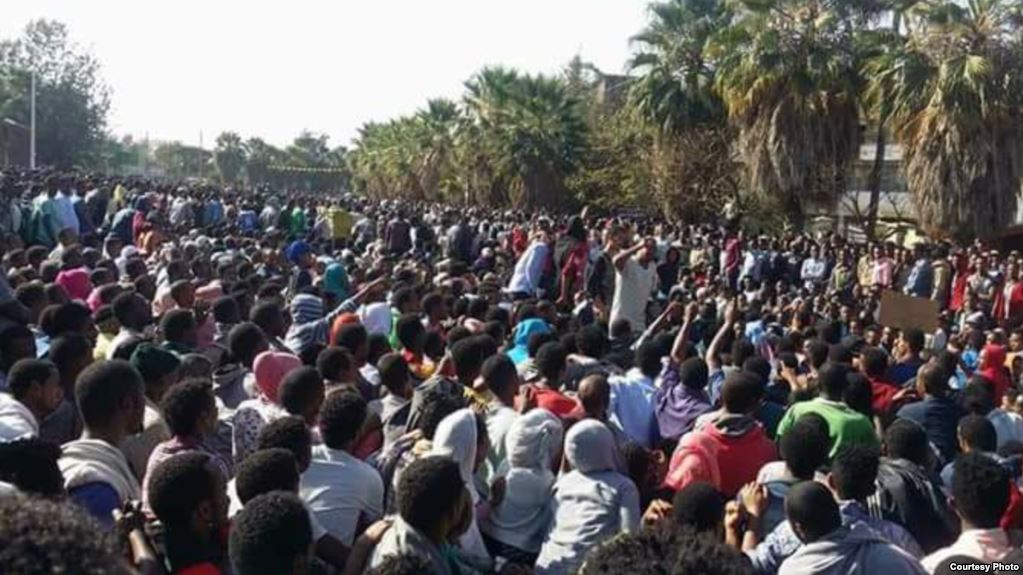 In Mersa, North Wollo, a bridge has reportedly collapsed, completely shutting down the road from the capital Addis Ababa to Dessie and Woldia. There have been conflicting reasons given to the collapse of the bridge with the regime saying flooding was the cause; while some residents say the bridge broke down after an attack by unknown groups.

Meanwhile, unrest has been reported in Waja Timuga, North Wollo. Protesters attacked administrative offices venting their anger against the regime.

Strikes and protests that have been going on in the Gurage Zone, 90 miles southwest of the capital has been paused to strategize the movement, according to organizers. Wolkite, Endeber, Agena and surrounding districts have seen strikes and violence in which at least three people have reportedly been killed.

Protest sparked last week when residents of Wolkite learnt that the project to build a world class hospital in the town has been moved to the Tigray region.

Organizers told ESAT that the call for a respite has been made to reorganize and plan for a stronger challenge against the regime and called on the people to be ready for a larger protest.

A state of emergency declared last week banning, among others, demonstrations has not stopped the people from doing so and they are demanding the end to what they called TPLF’s ruthless rule.