In a televised address to the nation, Ethiopia’s Prime Minister, Hailemariam Desalegn, said he has submitted his resignation to the Parliament and his party, the ruling EPRDF.

Desalegn said he will stay in office till the party and the Parliament accept his resignation and elect his replacement. 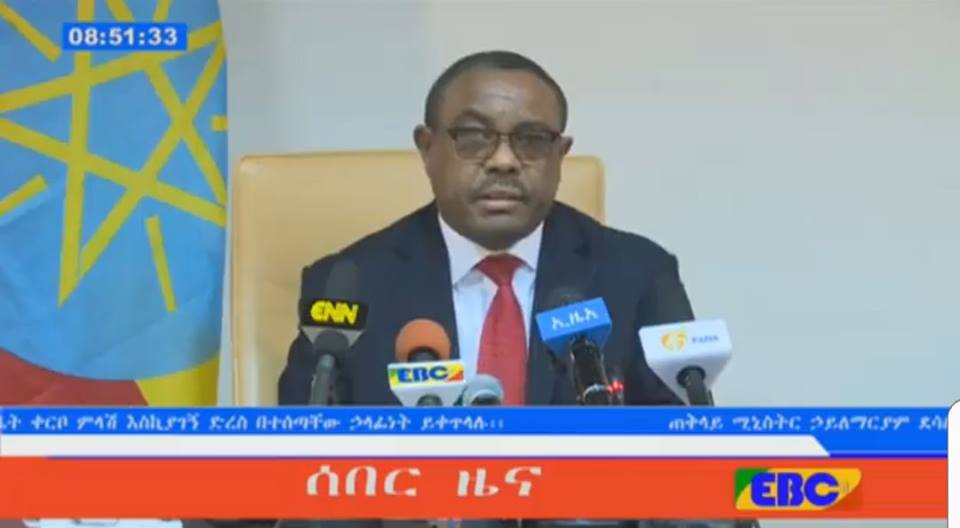 He said he believes his resignation would be part of the solution to the crisis Ethiopia is facing.

Anti-government protests have rocked the country over the last three years demanding the removal of the dictatorship. Relentless pressure from the people seeking change has forced the TPLF regime to release part of the thousands of political prisoners, but many more are still behind bars.

Hundreds were released over the past three weeks, among them, leading opposition figures and journalists.

There also emerge a dissenting group of people within the ruling coalition EPRDF, spearheaded by a new breed of leaders of the Oromo People’s Democratic Organization.