Two members of the Swedish Parliament said their government should demand and hold the Ethiopian regime accountable for the various human rights violations in the country. 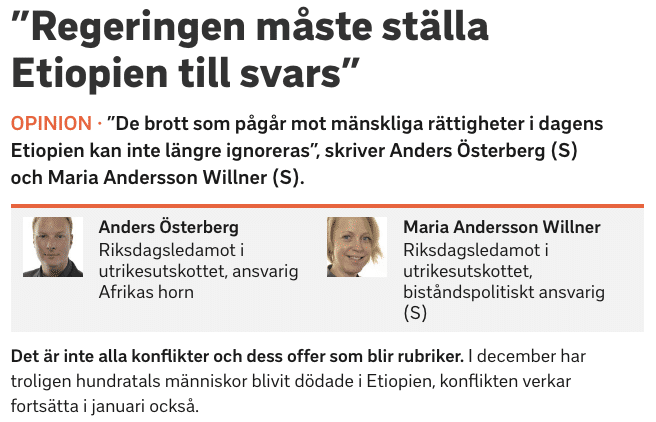 Anders Österberg and Maria Andersson Willner both members of the Foreign Affairs Committee said in an opinion published in the Swedish media that “the violations of human rights in today’s Ethiopia can no longer be ignored.”

“If the regime in Ethiopia can hold on to power ignoring the outside world, a full-scale civil war risks breaking out,” the MPs warned.

“We want Foreign Minister Margot Wallström (S) to explain how she seeks to demand independent investigations of the massacres that have occurred.”

The MPs wrote that Sweden should urge legal investigations of the murders that have occurred while the ongoing violations of human rights have to be condemned. They said those who committed the crimes must be brought to justice.