Protests against the TPLF regime continued for the third day in Kobo town, a bustling town in Northern Ethiopia, as people in the nearby town of Robit blocked roads preventing the progress of TPLF Agazi soldiers that killed at least nine protesters on Wednesday. 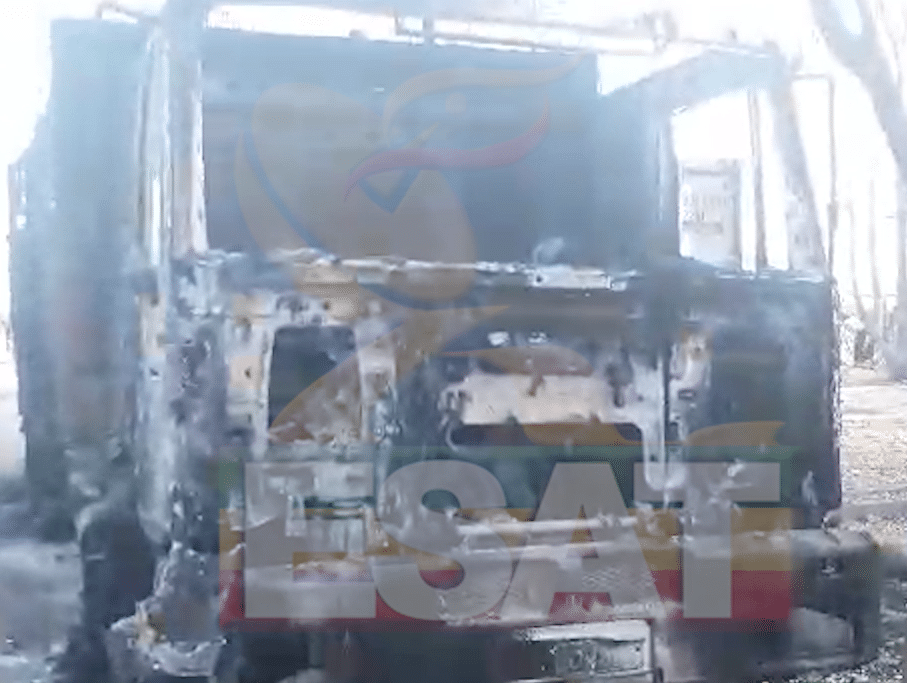 A store for a local beer agent that belongs to the TPLF was turned to ashes by angry protesters who demand justice for the cold-blooded murder of compatriots.

The town of Robit joined the protest today blocking the highway connecting to Kobo restricting the progress of TPLF troops. Sources said the troops use helicopters to reach Kobo.

Buses and trucks heading to Mekelle had to make a u-turn, according to the sources.

TPLF soldiers shot and killed at least 22 protesters in the last two weeks in Woldia and Kobo, two towns sitting on a major transportation and business route in Northern Ethiopia. Among those killed by the TPLF Agazi soldiers was a nine-year old, Yosef Eshetu.