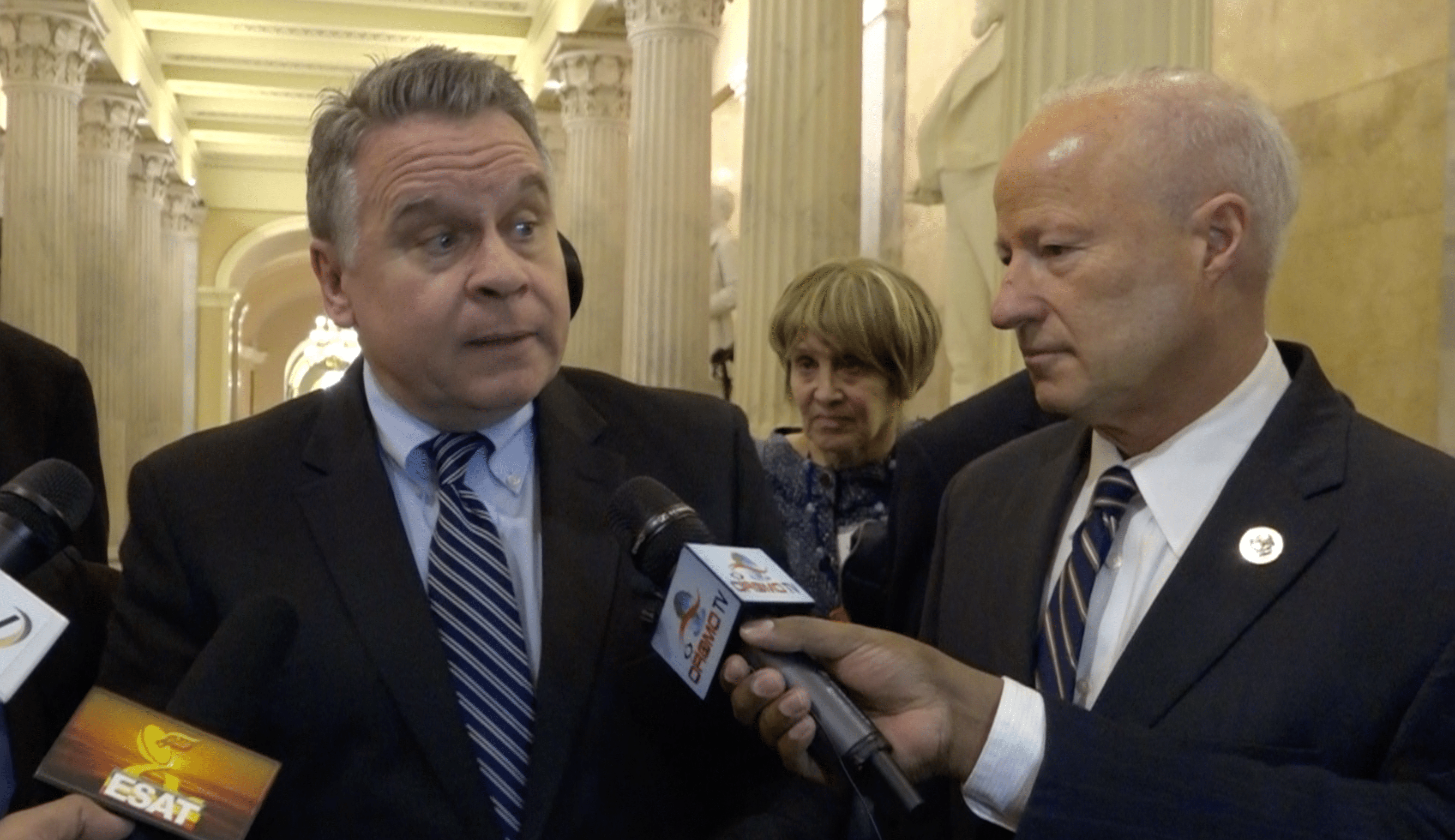 The call by the congressmen came at a meeting held between representatives of Ethiopian civic and political groups with majority leader McCarthy, Rep. Chris Smith and Rep. Mike Coffman that deliberated on ways of moving forward House Resolution 128, a resolution supporting respect for human rights and encouraging inclusive governance in Ethiopia.

Sponsor of H.Res. 128, Rep. Chris Smith and cosponsor Rep. Mike Coffman, who also facilitated the meeting between the majority leader and members of the Ethiopian community told the press that the resolution would be put to the house floor for a vote if the Ethiopian regime fails to give UN rapporteurs unfettered access to investigate the human rights violations in the country.

“It is imminent. It’s gonna happen. Unless there is a serious response from the Ethiopian government. We are requesting in the resolution that the special rapporteurs be given unfettered access. Not just go to few places but to really go and see any place anywhere and anytime,” Smith said at a press gaggle.

Smith said they are also requesting the US administration to use the Global Magnitsky Human Rights Accountability Act to hold violators of human rights accountable.

“For too long, the U.S., in favor security cooperation, looked the other way when Ethiopian government is terrorizing its own people and human rights abuses were committed in the country,” Congressman Mike Coffman said on his part.

Deacon Yosef Teferi, representing the Ethiopian American Civic Council said they had a pledge and a promise from the majority leader that the resolution will advance to the House floor for a vote if the Ethiopian regime fail to allow access to UN rapporteurs.

Teferi said the Ethiopian regime was given a reasonable time to respond, until February 15, to agree to let rapporteurs into the country.

Introduced in the House in February 2017 the resolution was scheduled to be on the House floor for a vote on October 2, 2017, but has been indefinitely postponed.

Res. 128, among others, calls for sanctions against Ethiopian officials responsible for committing gross human rights violations. It also called for the regime to allow a United Nations rapporteur to conduct an independent examination of the state of human rights in Ethiopia.