Ethiopia: Protest continues despite promise to release “some” political prisoners

Protests have continued today in a number of towns and villages in the country’s Oromo region despite an announcement by the regime that some political prisoners would be freed. 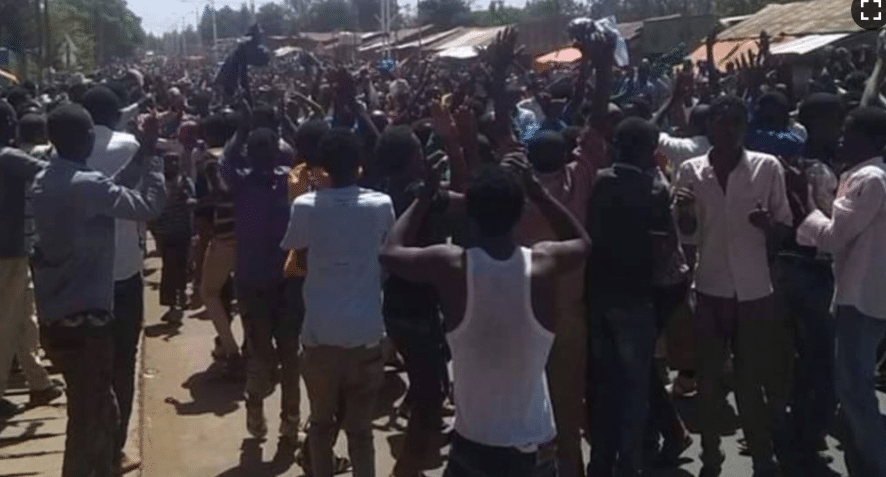 Tensions remained high in West Arsi and West Shewa with protesters denouncing the regime from Shashemene to Kofele and Arsi Kokosa. Clashes with security forces have been reported in some places. Ambo and Bako towns have also continued anti-TPLF protests for several days now.

In Adama, Goro High School students took to the streets protesting the arrest and detention of 18 students of Adama University. Eighteen students of the Adma University were arrested yesterday and taken to undisclosed location. Students believe they were targeted because they are ethnic oromos and ethnic Amhara.

Classes have been disrupted in at least 20 of the 33 universities across the nation due to increasing protests against the TPLF and violent crackdown by its security forces.