Unidentified men have thrown a bomb into the Addis Zemen Hotel in Metema town, North Gondar injuring two individuals working for the regime’s intelligence and security. 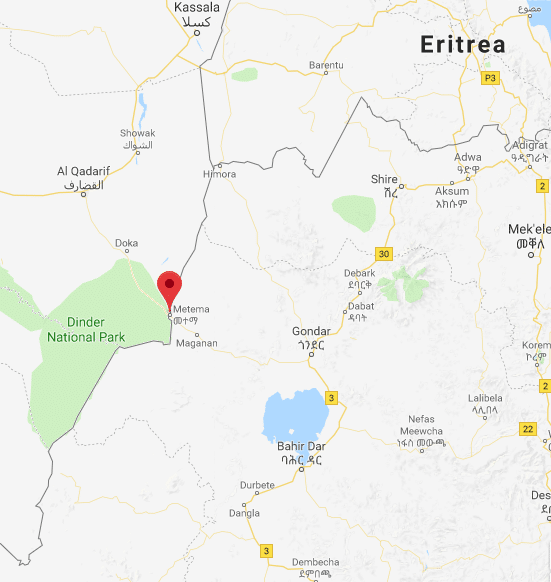 Three officials with the regional intelligence and security were holding a meeting when the grenade was thrown at about 8 pm Tuesday, according to ESAT sources.

Sources said the hotel belongs to a member of the TPLF intelligence and is frequented by TPLF security and intelligence personnel operating in towns and areas bordering the country with Sudan and Eritrea.

Names of the two officials as obtained by ESAT are Geush, the head of intelligence and Mulugeta head of security in the town. The head of the zonal security command post was also in the meeting at the time of the bomb attack.

Two of the officials were seriously injured in the attack and were taken to Gondar Hospital, according to the sources who said the attack might have been a retaliation for the killing of 13 people last Saturday by TPLF security forces in Woldia town.