Al-Amoudi refuses to hand over money for his freedom, authorities arrest his relatives

Reports coming out of Saudi Arabia say Ethiopian born Saudi billionaire, Mohammed Al-Amoudi, has refused to hand over his money in return for his release. The billionaire and 200 other businessmen and ministers were arrested early in November in the Kingdom’s crackdown against corruption. 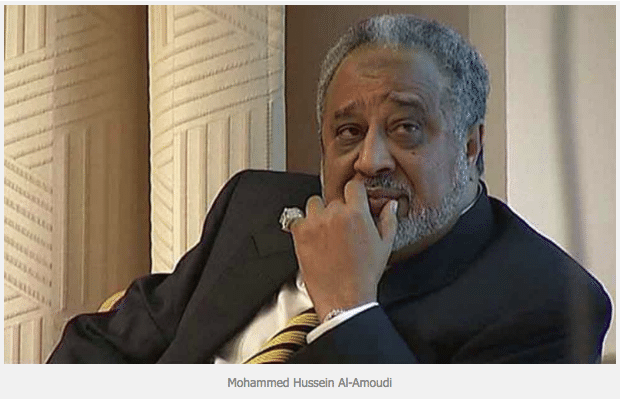 The Middle East Monitor reported quoting a Saudi whistleblower Ahd Jadid (The New Era) as saying that Al-Amoudi refused to hand over his money and property. Jadid said authorities have reacted by arresting some of his relatives.
The whistleblower said he expects Al-Amoudi to back down as his family come under heightened pressure.

“After Mohammed Hussein al-Amoudi refused to give up his money and property, some of his relatives were arrested and are now all in the Ritz. Amoudi and his relatives are under great pressure,” Ahd Jadid said in his tweet.

Al-Amoudi, the second richest Saudi, after Prince Al-Waleed bin Talal, has an estimated investment of 3.4 billion dollars in Ethiopia, according to some analysts.

Forbes real time net worth shows Mohammed Hussein Al-Amoudi is worth 11.1 billion dollars. In Ethiopia, he works closely with the TPLF regime that granted him thousands of hectares of agricultural land and several prime plots in the capital Addis Ababa. He also owns construction, agriculture, and energy companies in Sweden and Saudi Arabia.

He hit the jackpot with gold in Ethiopia and has been mining gold for over two decades. His agricultural and construction projects stretch all across the country.