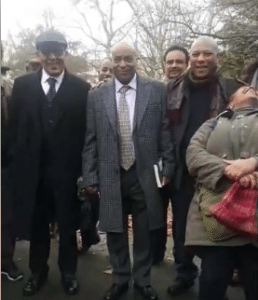 A jury in a British court today found Dr. Tadesse Biru Kersmo not guilty of all counts of terrorism charges brought by prosecutors.

After weighing the charges and defense testimonies the jury at the Snaresbrook Crown Court returned a verdict of not guilty on all counts.

Dr. Kersmo, who is a university professor and human rights advocate, is a leading voice of dissent against the Ethiopian tyrannical regime and a pro-democracy campaigner who lives in exile in U.K.

Scotland Yard last summer charged Dr. Kersmo of terrorism offences saying authorities found articles about security, intelligence and urban guerrilla tactics on his computer. But Dr. Kersmo, who is a researcher and frequent media analyst on the issues, argued those articles were solely for research purposes.

A judge concluded in August that his case was not suitable for trial before a magistrate and sent it to a jury trial. The jury set up to look the case today found Dr. Tadesse not guilty of the 8 counts of terrorism offences brought against him.

“I am happy that authorities brought the charges against me because it would give a lesson that the truth always prevails where there is justice,” said Dr. Kersmo speaking to ESAT from London.

“It sends a message that democracy is not just holding elections, it is also about justice,” he said on the phone as he celebrates the verdict outside the court accompanied by his compatriots, who shed tears of glee.

Most of all, he told ESAT, he and his defense team convinced the court that Ethiopia is ruled by fascists. He called on Ethiopians to augment their struggle for freedom and justice.

Dr. Tadesse Biru Kersmo is a pro-democracy advocate who writes and speaks against the TPLF brutal regime. He encourages his people to stand up against tyranny. His computer was found to have been hacked previously by spies of the Ethiopian regime, which led to a legal case against a regime known for using spyware, wiretapping and surveillance against pro-democracy activists and critical journalists.

Kersmo, who played a key role in the 2005 pro democracy movement, escaped persecution by the Ethiopian regime. He has lived in U.K. since 2009 as a refugee.