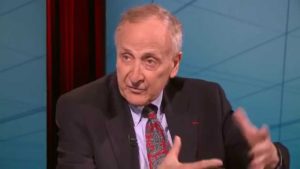 The former U.S. Assistant Secretary of State for African Affairs says the TPLF should consider a mediation by the U.S. government and organize an all party conference before the country collapses.

Herman Cohen advised the TPLF regime to request the U.S. government’s mediation and call for an all party conference.

“Ethiopia’s TPLF leadership should seriously consider requesting US Government mediation to organize a conference among all parties that will produce new democratic dispensation – before law and order collapse completely,” reads the tweet by Cohen on Tuesday.

In an interview with ESAT last year, Herman Cohen, said that he believes the current crisis in Ethiopia was a result of domination by Tigrians over the economy and politics of the country as well as putting in place a “fake” federal political arrangement.

“In 1991 a system of states was established based on ethnic groups. But this was a fake system because none of the states that had ethnic groups different from the Tigrians had any voice what their government should be and what they should have. So it is strictly a one party state, which most African governments had abandoned long time ago,” he noted in an exclusive interview with ESAT in October 2016.

Cohen’s tweet comes as the current Acting Assistant Secretary of State for African Affairs, Donald Yamamoto, concluded a visit to Ethiopia and its neighbors.

Cohen actively blogs about Africa and he is currently President of the Cohen and Woods International, his consulting firm. He is also a registered lobbyist for the Coalition for a Democratic Congo.

Cohen played a key role in the 1991 power transition from the the Derg to the TPLF regime.