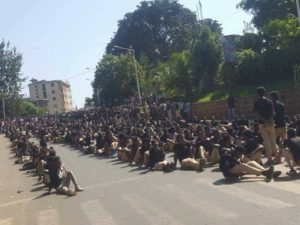 Students in a number of Universities in Ethiopia have continued boycotting classes in protest against the TPLF regime and recent killings of at least 18 people in Chelenqo, Eastern Ethiopia, last Monday.

Classes have been disrupted in a number of Universities in the Amhara and Oromo regions and the majority of students have left their campuses.

The Minister of Education, Dr. Tilaye Getu, admitted that classes have been disrupted in 20 of the 36 Universities in the nation.