At least two members of the Agazi forces, special kill squad of the TPLF, have been killed in an ambush in Haberu Wacheti, Hararghe as they were heading to quell anti-TPLF protests in the area. 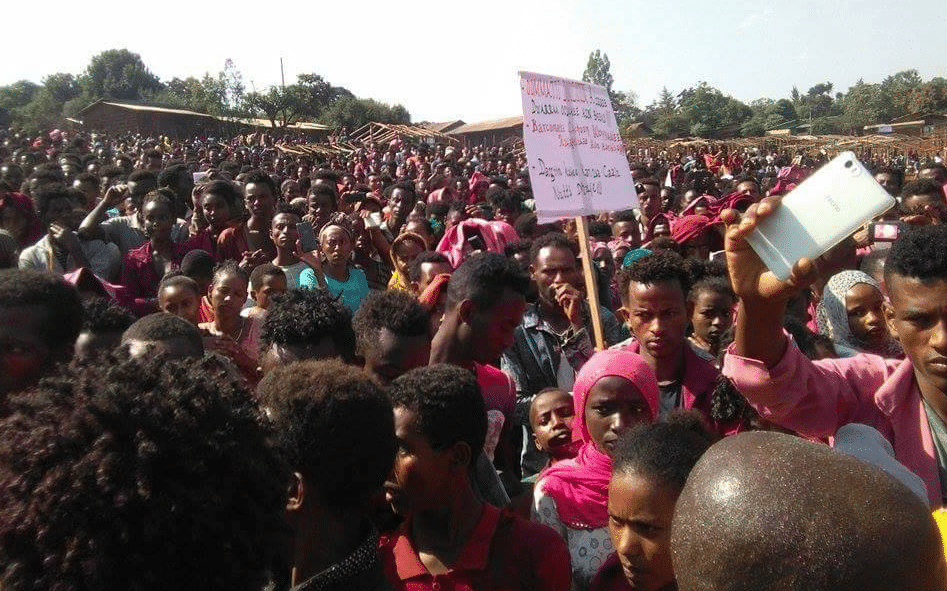 Some sources put the number of soldiers killed at four. No party took responsibility for the killings but sources say it might have been carried out by armed men in the area to defend themselves from an attack by regime forces, who killed at least 18 people two weeks ago in Chelenqo.

In retaliation, members of the Agazi forces that managed to arrive in protesting towns have shot and injured several people, according to information reaching ESAT from Hararghe.

In Metu town, protesters gathered outside a court where two members of the TPLF were arraigned for possession of weapons and flyers to allegedly foment ethnic clashes. Residents of Metu have been holding protest rallies for the fourth day now.

Reports reaching ESAT also say protests were held in Kellem-Wollega, Nejo, Dembi Dolo, Begi, as well as in Jimma and Shashemene. Protesters were clad in black attires to mourn the killing of compatriots in Chelenqo, Hararghe last week by the regime’s kill squad.