Unable to cope with the unrelenting protests in all regions of the country against its tyrannical rule, the TPLF regime in Ethiopia has deployed regular army and militia from Tigray in an attempt to crush protests. 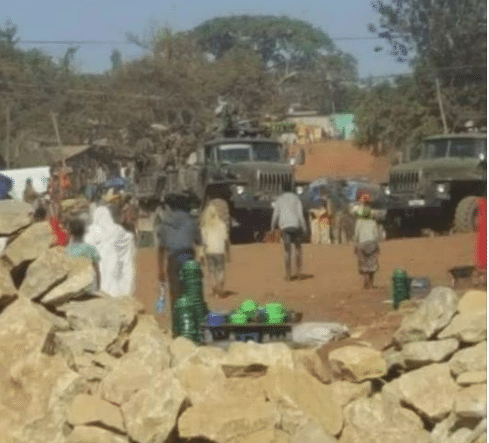 ESAT’s military sources say as pressure mounts against its misrule, the regime has removed soldiers watching the country’s border and moved them to areas where people are holding daily protests demanding an end to tyranny.

Sources also said civilians from Tigray and former guerrilla fighters of the TPLF were given weapons and have been deployed to various regions. The regime had used militia from Tigray disguised in national defense uniforms to crush protests in the Amhara and other region, the sources recalled. The sources also exposed plans by the regime to arm and deploy the youth from Tigray to quell protests.

Close observers of the developments in Ethiopia say the decision to arm people from Tigray in an apparent move to attack other groups protesting the regime would unfortunately give ethnic dimension to the crisis unfolding in Ethiopia.