Protests against the TPLF have continued with the people demanding the removal of the regime.

A stay at home protest in Ambo, Ginchi and Guder towns as well as nearby villages that began Friday has continued on Monday. Schools and businesses remained closed. 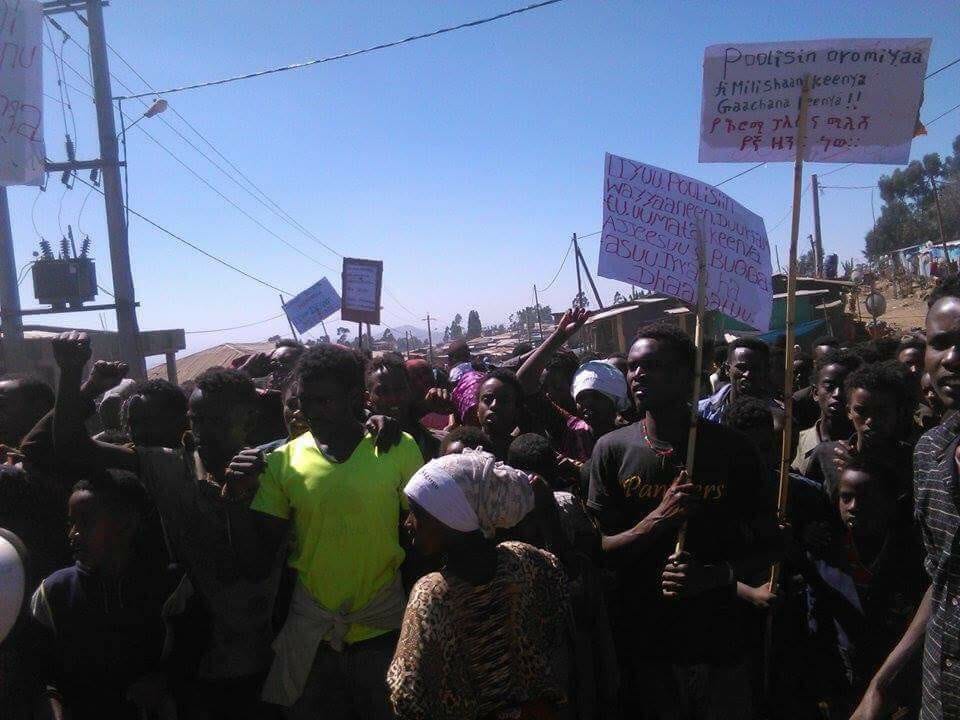 Taxi drivers in Sululta, just outside the capital, have reportedly strike today disrupting transportations. People were unable to report to work due to the strike, it was learnt.

As students of several universities continued protests, classes at the Dire Dawa University has reportedly been cancelled indefinitely.

There has also been reports of clashes and disruptions of classes in Adama, Wolkite, Debre Tabor, Asosa and Woldia Universities.

Meanwhile, the Oromo Federalist Congress has called for the formation of a transitional government. Last week, the Blue party made a similar call while the Ethiopian Federal Democratic Unity Forum (Medrek) called for the EPRDF to step down. OFC also called for the release of its leaders imprisoned by the regime – Bekele Gerba, Dr. Merera Gudina and other members of the Party.

The United Ethiopian Muslims Movement has denounced the extra-judicial killing of civilians by regime forces carried out in various parts of the country. It called for Ethiopians to come together and fight for the demise of the ruthless regime.