Oromo and Amhara MPs representing the Oromo People’s Democratic Organization (OPDO) and the Amhara National Democratic Movement (ANDM) have boycotted the Ethiopian Parliament saying the Prime Minister need to address the ongoing ethnic clashes and political crisis in the country. 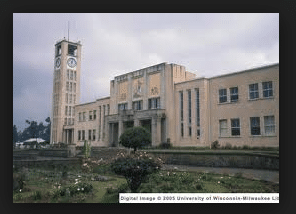 The Parliament did not hold its regular session last Thursday and yesterday as the absence of the Oromo and Amhara MPs resulted in a below the quorum attendance. Ethiopian parliament requires 51% attendance to proceed with a regular session.

The MPs presented their demand to the Deputy Speaker of the House of People’s Representatives, Shitaye Minale and are awaiting a response.

The Oromo and Amhara MPs request the Prime Minister to address the Parliament on the ethnic clashes and political crisis in the country which they said was threatening the security of the nation and its people.

Meanwhile, the ruling EPRDF said in a statement that there has been increasing suspicion and lack of trust among member parties forming the Front. The executive committee of the EPRDF is holding a marathon meeting. Sources say representatives of the OPDO have been challenging what they called “the supremacy and dominance” of the Tigrians, spearheaded by their party, TPLF, in all spheres of the economic and political life of the people.

Abadula Gemeda, a member of the central committee of the OPDO who resigned as speaker of the Parliament has reportedly said at the EPRDF executive committee meeting that the dominance by the TPLF and Tigrian privilege has been the cause for the political crisis in the country.