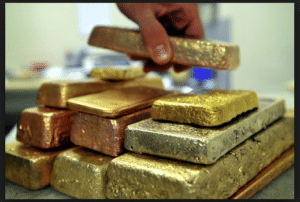 People living near the MIDROC gold mine in southern Ethiopia are facing birth defects, blindness and various ailments, according to an investigative report by the BBC Amharic.

The investigative report that included interviews with residents affected by the chemical hazards released from the gold mine also revealed that livestock drinking from downstream rivers are dying from poisoning.

Miscarriage, defects at birth and blindness are common in Guji, a resident told the BBC.

Cyanide that is released from the site of gold mine is believed be the cause of the scourge, according to the local health office.

Women hide their pregnancy till they find their child is born in full health to avoid the stigma associated with birth defects, the report says.

MIDROC Gold, owned by the Ethiopian born Saudi tycoon, Mohammed Hussein Al Amoudi, has been operating at its Legedembi site in Southeren Ethiopia for the past 20 years. It’s contract has been renewed for another 10 years despite public outcry.

The second richest man in the Gulf, Al Amoudi is one of the Saudi tycoons and royals under house arrest in Riyadh as Crown Prince Mohammed Bin Salman took swift measures to crackdown on corruption.