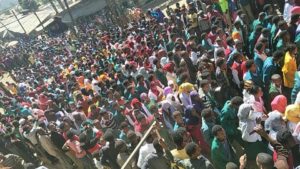 The death of university students in ethnic clashes and at the hands of regime security forces have sparked nationwide protest against the TPLF regime.

Protests were held in several universities and towns across the country.

Reports say two students were killed in Wollega University and two others in Debre Tabor University.

So far, classes have been disrupted in 13 universities in the country.

Protests were held in Wurgessa, Wuchale, Ambo and in Guji towns denouncing the regime.

In Chelenko, Hararghe, tensions remained high after the killing of 18 protesters by regime security.