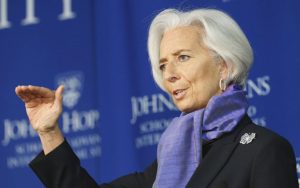 Shortage of foreign currency, dwindling export trade and foreign investment are having a crippling effect on the country’s economy at a time when IMF’s director is expected to pay a working visit to Ethiopia.

According to a well-placed source, the foreign currency reserve in the coffers is only about 700 million dollars that could only run for three weeks.

Several mega projects have already been put on hold. Prominent among the projects is the 550 kms gas pipeline that stretches from the port of Djibouti to well inside Ethiopia.

The import of petroleum and medicines were seriously affected and businesses engaged in export trade had to wait upto a year to obtain foreign currency from banks.

The Ethiopian Shipping and Logistics Services Enterprise was unable to withdraw the 100 million dollars deposit it has with National Bank of Ethiopia.

The source also revealed that about 2000 containers were on hold at the port of Djibouti due to unpaid port fees.

The country’s annual debt payment has reached 2 million dollars of which a significant amount is due to be paid to the Chinese import export bank, China EximBank.

A recent effort by regime officials to rekindle relationships with Qatar in hopes of getting some hard currency from the oil rich country has resulted in unintended and bad consequences. Irate over the developments, the United Arab Emirates, one of the gulf states that loves to hate Qatar, had demanded Ethiopia to pay 400 million dollars for petroleum that it had bought in loan. The UAE has for a long time been lenient on requiring Ethiopia pay the loan, the source said.