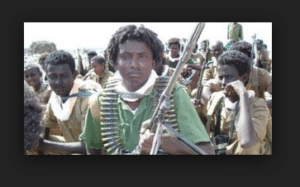 An armed group operating in Ethiopia’s northern region of Afar warns tourists of travelling to the area as fighting with regime forces intensified in the last few weeks.

The Afar Revolutionary Democratic Unity Front (ARDUF) said in a press release that “heavy fighting” has been going on since the third week of November. ARDUF claimed that its fighters killed 17 TPLF soldiers and a dozen critically wounded.

ARDUF said TPLF forces have carried out extrajudicial killings against peaceful citizens and had unlawfully arrested and detained over 580 people in Afar. “TPLF security forces and the Afar Special Force have carried out unlawful intimidation, arbitrary arrest, harassment, torture, enforced
disappearances and politically motivated extra-judicial killings. Since August 2017, over 580 people have been unlawfully arrested and detained. Those including women, elderly, disabled and ill people in different parts of
the Afar region” the statement by ARDUF said.

“As a result of these gross human right violations heavy fighting broke out between TPLF army and ARDUF fighters in the Mountain Mogorros areas,” the statement further said.

“Consequently, ARDUF advises all foreign nationals not to travel to this areas of Afar region. Those foreign multinational companies, visitors and investors already in the Afar region must leave immediately for their safety and security reasons,” the Front warned.

A German tourist was killed on Sunday in Afar. The German national, whose name is withheld, was among a group of tourists visiting Erta Ale volcanic site when they came under attack by unidentified gunmen. An Ethiopian tourist guide has sustained gunshot wounds, according to sources.

“The Foreign Office confirms one deceased German national during the attack at Erta Ale,” the statement from a statement from the Ministry of Foreign Affairs of Germany said. The Ministry did not provide additional details.

No group has taken responsibility for Sunday’s attack.

ARDUF had taken responsibility in attacks against tourists in 2007 and 2012 in which five tourists were killed.