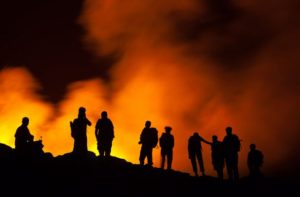 The German national, whose name is withheld, was among a group of tourists visiting Erta Ale volcanic site when they came under attack by unidentified gunmen. An Ethiopian tourist guide has sustained gunshot wounds, according to sources.

“The Foreign Office confirms one deceased German national during the attack at Erta Ale,” the statement from the Ministry said but did not provide additional details.

No group has taken responsibility for Sunday’s attack and the Ethiopians regime has chosen to stay mum.

Sunday’s ambush on tourists was the third major attack in recent years. The Afar Revolutionary Democratic Unity Front (ARDUF), an armed group opposing the TPLF regime, took responsibility in hostages and attacks on tourists in 2012 and 2007.

A total of five tourists were killed in the 2012 attack by ARDUF while three were injured and four others kidnapped. Two of the deceased were Germans, two Hungarians and one Austrian.

Five Europeans and 13 Ethiopians were kidnapped in 2007 but were later released after negotiations with ARDUF.