One of Ethiopia’s prisoners of conscience, Bekele Gerba, has been denied to see a doctor despite his repeated request to the prison administration. 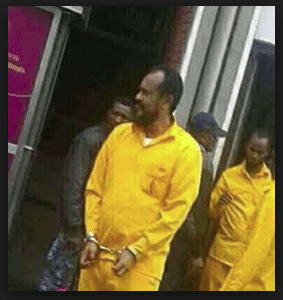 His daughter, Bontu Bekele, who told Deutsche Welle that her dad is suffering from hypertension said he is also suffering from other ailments and has been demanding prison administrators to see his doctor.

Prison guards, rather than taking Gerba to the doctor, had met and decided that the prisoner of conscience take the medication twice a day instead of once a day as prescribed by his doctor.

Bontu, who visited her dad in prison on Saturday said he told her that he is suffering from neck pain and extreme headache.

Bekele Gerba, who was the deputy chairman of the Oromo Federalist Congress, has been in prison for two years on trumped up charges of terrorism, which were later reduced to criminal charges.

He was granted bail in October. But following an appeal by regime prosecutors, the supreme court ordered him to stay in prison. Prosecutors and courts in Ethiopia work under strict orders of the TPLF to keep dissidents locked up indefinitely.

Gerba was among 20 others who were imprisoned in April 2015 at the height of protests in the Oromo region accused of inciting the unrest, uprising and civil war, charges Gerba vehemently denies.

Gerba served almost five years between 2011 and 2015 when he was accused of being a member of the Oromo Liberation Front that was outlawed by the regime. He was arrested again on terrorism charges in April 2015 at the climax of protests in the Oromo region.