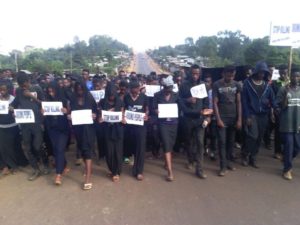 Dozens of people have been killed in a renewed ethnic attack in Eastern Ethiopia over the weekend in what activists and critics say was carried out following the decision by the military to leave areas where ethnic tensions were high.

Details of what happened in two districts in West Hararghe remain blurry but initial reports say a group of armed Somali men took control of Hawi Gudina district on Thursday killing and burning houses. According to Addisu Arega, spokesperson for the Oromo regional government, the attack by the Somali armed group left 29 ethnic Oromos dead and 360 homes were set ablaze.

The Oromos in Daru Labu district, far from Hawi Gudina, reportedly retaliated killing 32 ethnic Somalis who were in a makeshift shelter, according to Arega. But Media and activists on the Somali side do not agree with Arega’s account and put the death toll at 61. The attack in Daru Labu came immediately after the military left the area for no apparent reason and putting the Somalis on harms way, a decision many blame for the deadly violence.

A hastened statement on Sunday by the Prime Minister, Hailemariam Desalegn, not only failed to give details of the incidents but was filled with inaccuracies, critics say.

Ethnic violence along areas shared by the Somali and Oromo communities that was sparked by dispute over land months ago has claimed the lives of hundreds of people and the displacement of at least 700,000 Oromos from the Somali region.

The notorious Somali special police force, Liyou Police, has been blamed for the killing of the Oromos upon the orders of the regional president Abdi Mohamoud Omar, a.k.a. Abdi Illey.

Last Monday members of the defense force executed18 people in Chelenqo, Eastern Ethiopia, while the victims were working on a farm. That killing has intensified the anti-government protests in the Oromo region and several universities.

According to reports, the army was patrolling in the area to quell ongoing anti-government protests in Chelenqo last Monday. Having seen the arrival of the soldiers, protesters ran away but the army allegedly rain bullets on the victims who were just taking a break from farm work, according to the BBC Afaan Oromo

Five members of a family, including a 15 year old, were killed in what is now known in the social media circle as the ‘Chelenqo massacre.’