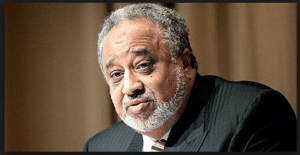 Saudi Arabia says accounts of princes and businessmen, who are arrested on suspicion of corruption will be frozen. The announcement by the Kingdom also says money derived from corruption will be reimbursed to the Saudi state’s General Treasury.

The report by Al Arabiya, which broke the news of the arrest on Sunday also said there will be “no preferential treatment” in the handling of the corruption case.

Among the detained at the Ritz-Carlton Hotel in Riyadh is Ethiopian born Saudi citizen, Sheikh Mohammed Hussien Al Amoudi, who is the second richest person in the Kingdom, and in fact in the gulf states.

The arrest was conducted immediately after King Salman’s announcement of the formation of an anti-corruption committee and was spearheaded by the heir to the throne, Crown Prince Mohammed bin Salman, who is accused of taking the measure in a bid to consolidate his power.

The Ethiopian born Billionaire, Al Amoudi, whose worth is 10.3 billion, according to Forbes, is the son a Saudi father and an Ethiopian mother. He has agricultural, construction and energy businesses in Sweden, Saudi Arabia and Ethiopia.

Al- Amoudi hit the jackpot with gold mining in Ethiopia, and works very closely with Ethiopia’s ruthless dictators. He is the darling of the TPLF oligarchy and was awarded large swaths of agricultural land and prime plots in the capital Addis Ababa.

What will happen to the hundreds of millions of dollars property he owns in Ethiopia if the corruption charges spill over to his wealth in Ethiopia is unclear.

The Sheikh was expected to attend the inauguration on Saturday in Addis Ababa of a 21 storey building for the Dashen Bank, one of his properties under Mohammed International Development Research and Organization Companies (MIDROC).

Saudi Arabia arrested 11 princes, ministers, military chiefs as well as businessmen in its unprecedented move to crackdown on corruption. But critics say it could also be a move to consolidate power by Crown Prince Mohammed bin Salman, who is next in line to the throne.

Prominent among those detained at the five star hotel is Prince Alwaleed bin Talal, whose worth is 17Billion. He hold shares in Citigroup, Twitter and Apple.

The stock market is reacting negatively to the arrest of billionaires in Saudi. Shares of Kingdom Holding, bin Talal’s investment, sank for a second day after news of his arrest Sunday.