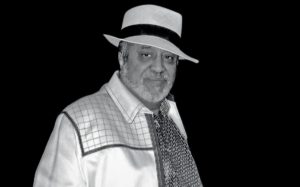 Ethiopian born Saudi tycoon, Mohammed al-Amoudi, is among those arrested in Saudi Arabia as the Kingdom’s newly formed anti-corruption campaign targets princes, ministers and several other officials and businessmen.

Reuters listed 17 princes and officials and Mohammed al-Amoudi’s name was also mentioned as one of the businessmen arrested. ESAT cannot immediately verify that the name listed as “Mohammad al-Amoudi, businessman” in the Reuters report was indeed that of the Ethiopian born Saudi tycoon or if it was just a namesake.

Al- Amoudi, whose latest worth is $10.3 billion, according to Forbes, is the son a Saudi father and an Ethiopian mother. He has agricultural, construction and energy businesses in Sweden, Saudi Arabia and Ethiopia.

Al- Amoudi hit the jackpot with gold mining in Ethiopia, and works very closely with Ethiopia’s ruthless dictators. He is the darling of the TPLF oligarchy and was awarded large swaths of agricultural land and prime plots in the capital Addis Ababa.

The Saudi owned Al Arabiya broadcaster first broke the news of the arrest of several princes and ministers on orders of the Crown Prince Mohammed bin Salman, who heads the new anti-corruption committee. Bin Salman, 32, has become Saudi Arabia’s most powerful man and has been appointed by his father King Salman to lead key powerful positions in the government.

Notable among the detained is Prince Alwaleed bin Talal, whose net worth is $17 billion. He has stakes in News Corp, Citigroup, Twitter and a number other western companies.

The anti corruption committee has the right to investigate, arrest, ban from travel, freeze accounts and portfolios, track funds and assets of individuals involved in corruption practices, according to the Al Arabiya report.