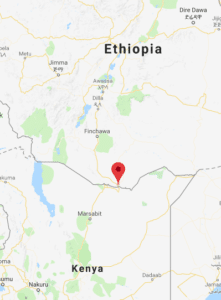 TPLF special forces that were deployed to Borbor, near Moyale, in the country’s southern border, have reportedly launched deadly attacks against locals killing at least 27 people.

The TPLF forces have been accused of pitting ethnic Somalis against Oromos who share common resources in Southern Ethiopia. The forces have reportedly used a dispute over land and grazing between the two communities as an excuse to intervene and carry out the deadly attack, according to sources.

According ESAT sources, 19 Somalis and 8 Oromos were killed by TPLF forces in an attempt to get the two communities involved in ethnic strife.

In a scheme concocted by the TPLF, a conflict along areas shared by the two communities in Eastern Ethiopia two months ago has resulted in the death of hundreds of people and the displacement of at least 700,000 people.