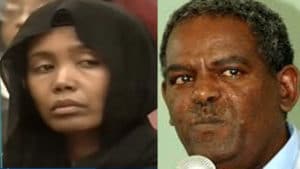 The marathon congress of the Tigray People’s Liberation Front (TPLF), Ethiopia’s ruling clique, has removed Abay Woldu as chairman of the Front, according a statement issued by the Front.

The statement said Abay Woldu is will continue as a member of the central committee.

The congress of the TPLF executive and central committee has been going on since early October with reports of infighting within the secretive organization.

Azeb Mesfin, the widow of the late TPLF boss and Prime Minister, Meles Zenawi, had reportedly walked out of the congress last week as criticism heated up against her. She is now suspended from the executive committee of the TPLF. Her suspension could potentially lead to her removal from her position as the CEO of the Endowment Fund for the Rehabilitation of Tigray (EFFORT).

The deputy CEO of EFFORT, Beyene Mikru, was also removed from executive committee and will continue as a member of the central committee, according to the statement.

EFFORT controls all aspects of the economy in Ethiopia, from retail of merchandise to major manufacturing and engineering plants which have been awarded hundreds of millions of dollars government projects. Even reports presented to the country’s rubber stamp parliament show EFFORT had failed to deliver after siphoning off millions of dollars in contracts which are granted without any official bid.

The TPLF statement said two members of the executive committee were given stern warning. It however did not mention them by name.

With the demotion of Abay Woldu and Beyene Mikru and the suspension of Azeb Mesfin, as well as the appointment of Tedros Adhanom as the director general of the WHO, the nine member executive committee is now left with five members.

The statement from the Front says members of the central committee has continued criticism and self-criticism; and upon completion of the congress, the Front will reshuffle its leadership.