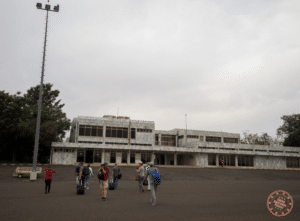 Sixteen members of the army guarding the Arba-Minch Airport have disappeared, according to ESAT sources.

The sources said 13 soldiers had initially disappeared and three soldiers who were sent to search have also not heard from.

Tensions are high in the town of Arba-Minch following the news of the soldiers disappearance, the sources said.

In a related news, 15 members of the army with the west command in Bahir Dar are in mutiny saying promises for further educations have not been kept.