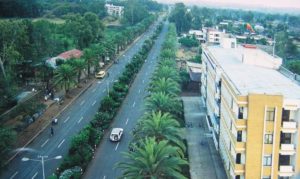 A bomb thrown into a hotel in Bahir Dar injured two people, according ESAT sources.

The grenade was thrown into the Yohannes II Garden Hotel where a soccer team from Axum, Tigray had checked in. The injured were taken to the city hospital.

A soccer team from Bahir Dar was viciously attacked in Tigray few months ago. It is not clear if team rivalry has been the cause of the bomb attack. No party took responsibility for the attack.

It is also not clear if the match will proceed as scheduled for Saturday.

Meanwhile, in Ziway, 165 kilometers south of the capital Addis Ababa, at least ten people were killed and several others wounded in an attack that sources say might have an ethnic element.

Several people have reportedly been displaced from their homes.