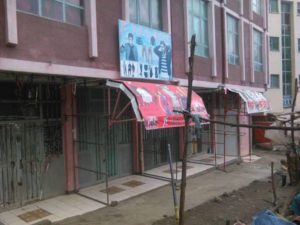 Businesses in Dessie, a commercial town in the Amhara region, went on strike today opposing the drastic tax hike imposed by authorities.

Early this year Ethiopian authorities imposed draconian taxes on small businesses. The measure has faced backlash from the business community that faces unfair competition by ruling party conglomerates which involve all types of business. The conglomerates such as EFFORT are run and backed by TPLF oligarchs in power.

Thousands of workers at textile factories in the Hawassa industrial village went on strike last week demanding salary increment to offset the ever increasing cost of life in Ethiopia.

Over a thousand workers of the Castle Beer Factory in Ziway have also been on strike for the last ten days. The workers say the company has promised to increase their salary but failed to keep promises.