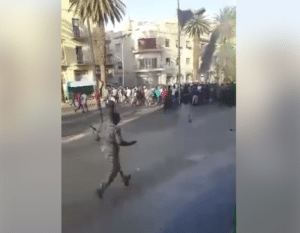 Reports by media outlets including Al Jazeera, Associated Press and the BBC that there were 28 deaths in protest staged by students of an Islamic school in Asmara were scoffed at by senior Eritrean officials and other Eritrean groups.

Al Jazeera, Associated Press and the BBC on Wednesday reported quoting a Facebook post of an Eritrean opposition based in Ethiopia that said Eritrean security forces killed 28 people as students took to the street to oppose decision by the government to turn their private school into a public one. But that report was quickly dismissed by Eritrean officials.

Eritrean Minister of Information, Yemane G. Meskel, in a series of tweets called the reports false adding that they were coming from groups linked to the Ethiopian regime and a “mendacious” former editor of the BBC Africa service, Martin Plaut.

The Red Sea Afar Democratic Organization based and supported by the Ethiopian regime wrote on its Facebook page on Wednesday that 28 people were killed and 100 others wounded by Eritrean security forces.

The arrest of president of the Al Diaa school, Hajji Musa has reportedly sparked the demonstration.

An unverified video circulating on the social media show security forces dispersing demonstrators with shots of gun fire heard in the background.

Martin Plaut came under fire last year for using a picture of Albanian religious gathering as those of anti-Eritrean government demonstrators opposing their government in Geneva.

The U.S. Embassy in Asmara said it received reports of gunfire in the city but its alert to citizens to avoid downtown Asmara on Tuesday did not mention any deaths.

“Let us state incontrovertible facts for the umpteenth time: Not a single person was killed in A’diae school demonstration in Asmara on Tuesday.”