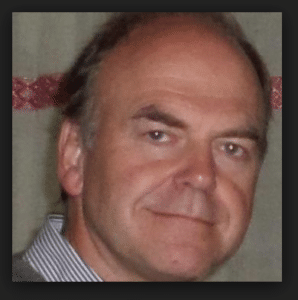 Dr. Frank Ashall, a British medical doctor who was also a rights activist and humanitarian passed away on Saturday, his family confirmed to ESAT.

Dr. Ashall was a volunteer in Ethiopia with British Voluntary Service Overseas (VSO) for a year, from 2012 to 2013. After completion of his volunteer program he decided to stay in Ethiopia and taught biochemistry at the medical school of the Addis Ababa University for four years. He was Associate Professor of Medical Biochemistry, and had taught medical students and graduate MSc students.

Dr. Ashall is known among Ethiopians for his criticism of the handling of protesters that he witnessed in Ethiopia.

Dr. Ashall left Ethiopia after he had been asked to resign following his strong criticism of the killings and mass detention of anti-government protesters.

“They cut my internet connection and I was removed from committees in the medical faculty. I was finally asked to resign,” he said in an interview with ESAT in May.

Dr. Ashall is also known for campaigning against Dr. Tedros Adhanom, during his campaign to become the WHO director general. Dr. Ashall argued Dr. Tedros has covered up cholera epidemics, and hence he should be disqualified from the candidacy of WHO director-general position. Dr. Ashall also said that Dr. Tedros did not voice his opposition when his government made tobacco deals worth 510 million dollars with transnational companies. Dr. Ashall says Dr. Adhanom is part of a regime that kills, tortures and imprisons peaceful protesters and hence unqualified to lead the WHO.

Back in England, Dr. Ashall has been in discussions with the University of Edinburgh to erect a plaque in memory of the late Ethiopian surgeon, Professor Asrat Woldeyes. The late distinguished Ethiopian surgeon, rights activist and a critic of the current regime, was educated in the University of Edinburgh. Dr. Ashall knew in his stay at the medical faculty in Addis Ababa that Professor Asrat Woldeyes was a well respected surgeon among the medical community and students.

Dr Ashall was a strong advocate and campaigner for tobacco education and control. He was the Director of the international NGO, Africa Tobacco-Free Initiative

“Over the weekend, peacefully in his sleep, my dad passed away. I truly don’t know where to begin with this post, but he had so many friends around the world that I felt should know of his death,” his daughter, Etty Ashall wrote on her Facebook.

“My dad was the kindest, most giving person I know. He would have given the shirt off his back to keep anyone warm, and it is the world’s loss that he is no longer here. Everyone that met him is better for it, and I’m so lucky to have been molded by him,” Etty added.

“He was a proponent of human rights and health.”