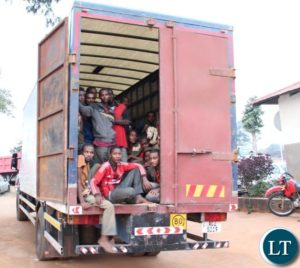 Zambian police said they have arrested 70 Ethiopians who were in the country illegally and in a suspected case of human smuggling, according to a report by the Lusaka Times.

The report said the country’s Department of Immigration has apprehended the 70 Ethiopians in an operation carried out in Lusaka last Saturday and Sunday.

The suspects who are all males, were found in a small house near a primary school and did not have any documentation on them at the time of the raid. Investigations into this matter are ongoing, the Lusaka Times reported.

On Thursday, Malawi police said they have arrested 11 Ethiopian nationals for entering the country illegally. The Ethiopians told police that they were going to South Africa where they have relatives to look for greener pastures.

Ethiopians flee their country to escape political persecution and in search of better economic opportunities despite narratives by a tyrannical regime and its western allies that the country has become an African economic miracle.