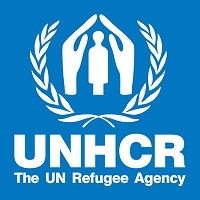 Staff of the United Nations High Commissioner for Refugees (UNHCR) in Nairobi, Kenya have been accused by Ethiopian political refugees of demanding bribes and even sexual favors to facilitate their applications for refugee status.

In a damning article published on The Star of Kenya, Ethiopian refugees gave accounts of how staff at the UNHCR office in Nairobi demand money and sexual favor from women in return for advancing their refugee applications.

“I am now in limbo. But I fear that if I get registered or seek resettlement without paying the bribe to officers, they will blow up my cover. If Ethiopian security forces, which have a massive presence here, know that I am here, they will abduct me and I will face the same fate of more than 100 of my colleagues, who have been abducted by combined Kenyan and Ethiopian forces, tortured and sent back to detention in Ethiopia,” Semih (not his real name) told the newspaper.

Even Kenyans perceived to be working with Oromos are not safe, he added, saying in one of the detention facilities, he found Wario Tatesa and Jaldesa Wako, Kenyans who were facing six and 15-year jail terms. They had been abducted inside Kenyan territory and taken to Addis Ababa, the Newspaper reported.

The report said women who spoke to the Star said their cases are even worse, as failure to give in to sexual advances from the officers meant their cases are not registered or handled faster, which leaves them more vulnerable to sexual exploitation and harassment.

“I refused to give in to some UNHCR officers who demanded that I sleep with them so they can prepare my paperwork. Now I am here without official recognition. I ran away from Ethiopia because I wanted to breathe a fresh air of dignity, not to come and be used as an object and put to worse emotional torture,” Melod (not her real name) told the Star.

She said she knew some of the women who had paid off with their bodies to have the papers processed and even resettled in Western countries.

The report said bribes of about Sh15,000 to Sh30,000 (USD 145 to USD 290) are demanded by either UNHCR or the government’s Refugee Affairs Secretariat (RAS) officers before a file for registration and documentation and even resettlement is processed.