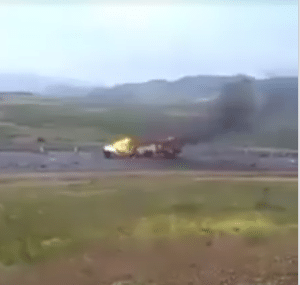 At least two people were killed as security forces fired shots into protesters in a village near Fiche town, 53 miles outside the capital Addis Ababa.

In Chancho, businesses and offices were closed as residents gathered for a funeral of a man who was killed by security forces yesterday.

Over a dozen people were killed since protests resumed last week in the country’s Oromo region.