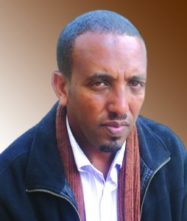 The United Nations Working Group on Arbitrary Detention called the arrest of Andualem Aragie, an opposition politician, arbitrary and called for his release. The UN Group, besides demanding Aragie’s release, also said that the political prisoner should be compensated.

Mr. Aragie has been behind bars for exercising his political rights, the UN group argued and said his detention was in violation of international laws. The group also condemned Ethiopia’s Anti-Terrorism Proclamation which it said is used to “imprison government critics.”

The UN Group had found that the regime in Ethiopia “had committed numerous violations of international law in arresting and detaining Mr. Aragie, including the denial of his rights to a fair trial, freedom of expression, freedom of association, and freedom to take part in public affairs and improper discrimination against Mr. Aragie on account of his political beliefs,” according to a press release by Freedom Now, which filed a petition to the UN Group on behalf of Andualem Aragie.

Legal Director for Freedom Now, Kate Barth told ESAT that Mr. Aragie’s detention was declared arbitrary on the grounds that his arrest had no legal basis and he was targeted because he chose to exercise his political rights.

Barth went on to say that due process of law was not respected and the politician was discriminated against and detained for “who he was as a political person.”

Barth said the UN Group’s declaration was proof that the Ethiopian regime has violated international law.

Andualem Aragie spent two years at the notorious Kaliti Prison with 200 other opposition politicians and journalists from 2005-2007. He and dozens others were arrested again in September 2011and sentenced to prison under the Anti-Terror Proclamation.

Andualem Aragie is one of the founders of the Ethiopian Democratic Party (EDP) and the Unity for Democracy and Justice (UDJ).