Ethiopia: Journalist remain in prison despite completing his sentence 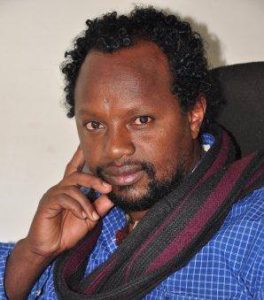 Authorities refused to release a prominent journalist despite completing his three year sentence without parole.

Journalist Temesgen Desalegn was thrown into jail three years ago for criticizing the the regime and accused of inciting violence against the regime.

The editor of the banned Feteh newspaper, Temesgen Desalegn is known for his sharp criticism of the regime and his articles call for the people to demand and stand up for their rights. He has been targeted by security forces of the regime for openly criticizing the iron fist regime.

He was denied parole although his sentence allow him to only serve one third of his time. He suffered from back pain and other ailments while in prison but was denied proper medical care.

His brother, Tariku Desalegn, said in his Facebook post that he was told by prison officials that Temesgen won’t be released today. “It is further evidence that his arrest and imprisonment was politically motivated,” Tariku said on his post on Friday.