Ethiopia: House Speaker yet to explain reasons for resignation 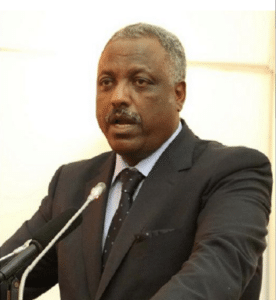 News of the resignation of Abadula Gemeda, Speaker of the Ethiopian Parliament over the weekend and his brief televised statement on Sunday gave no clues as to the real reasons for his resignation.

Seen as a rubber stamp speaker by many, but a force to be reckoned with by his supporters, the former defense minister said he had reasons not to continue to gavel the House of Peoples Representatives any more. He also said he lost interest in the job.

Gemeda promised to tell his reasons for resignation in details once his request is approved by the government. Government spokesperson Negeri Lencho said on Monday that the request for resignation has been submitted to the Prime Minister and that it was under review. Abadula in his televised address however said he submitted his resignation to his organization, the Oromo People’s Democratic Organization (OPDO) and the Parliament, further exposing the confusion within the regime in handling such matters of significant implications.

The country’s constitution does not say anything about the handling of resignations by such key positions as the Prime Minister and the Speaker of Parliament, which is generally considered the third in power.

Speculations by media and political commentators is that Gemeda, who was the former president of the Oromo regional state was at loggerheads with his Tigrayan bosses over the handling of the crises in Eastern Ethiopia where at least 150,000 Oromos had been displaced as a result of clashes with the Ethiopian Somalis. Tigrayan army generals running the show in Eastern Ethiopia had allegedly sided with the president of the Somali region, Abdi Omar, whom the Oromos accused of perpetrating the killings and displacement of the Oromos with the blessing of the Tigrayans who control the army and security.

Local media reported that the House Speaker was removed from his government provided residence earlier in the week following the submission of his resignation. He stayed with friends for few days and reportedly rented a villa on Saturday, the day his news of resignation broke on Addis Standard.

Abadula Gemeda was at his seat on Monday at the opening of the bicameral legislature which met after a three month recess. It was not clear if his resignation would be on the agenda when Parliament resumes its regular session on Tuesday.