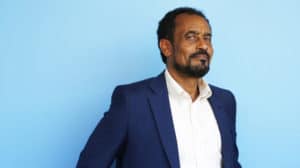 The supreme court of Ethiopia granted bail to Bekele Gerba, one of the key opposition leaders incarcerated for over a year and half on charges of terrorism, which were later reduced to criminal charges.

Bekele was among 20 others who were imprisoned in April 2015 at the height of protests in the Oromo region accused of inciting the unrest, uprising and civil war, charges Gerba vehemently denies.

The Ethiopian regime has a long record of charging opponents citing the much criticized terrorism proclamation to stifle dissent.

It is not clear if the regime was trying to quell the growing opposition across the nation against its rule, especially in the Oromo region of the country, by releasing Gerba.

Bekele Gerba, who was the deputy chairman of the Oromo Federalist Congress, served almost five years between 2011 and 2015 when he was accused of being a member of the Oromo Liberation Front that was outlawed by the regime. He was arrested again on terrorism charges in April 2015 at the climax of protests in the Oromo region.