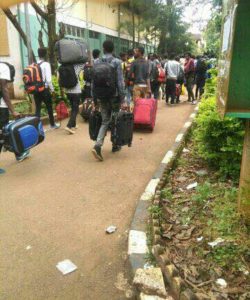 Over 1500 engineering students of Bahir Dar University were expelled from campus following a dispute with University officials over the format and grading of a comprehensive fourth year exam.

A change has been made to the grading of a “holistic” examination given to fourth year students. According to the new directive, students will be given “pass” or “fail” on the exam. Students however demand that the customary letter grading should be applied for a fair assessment of their academic performances.

University officials ordered the students, who refused to sit for exams, to leave the campus. The students have sought shelter in churches and mosques in the city.